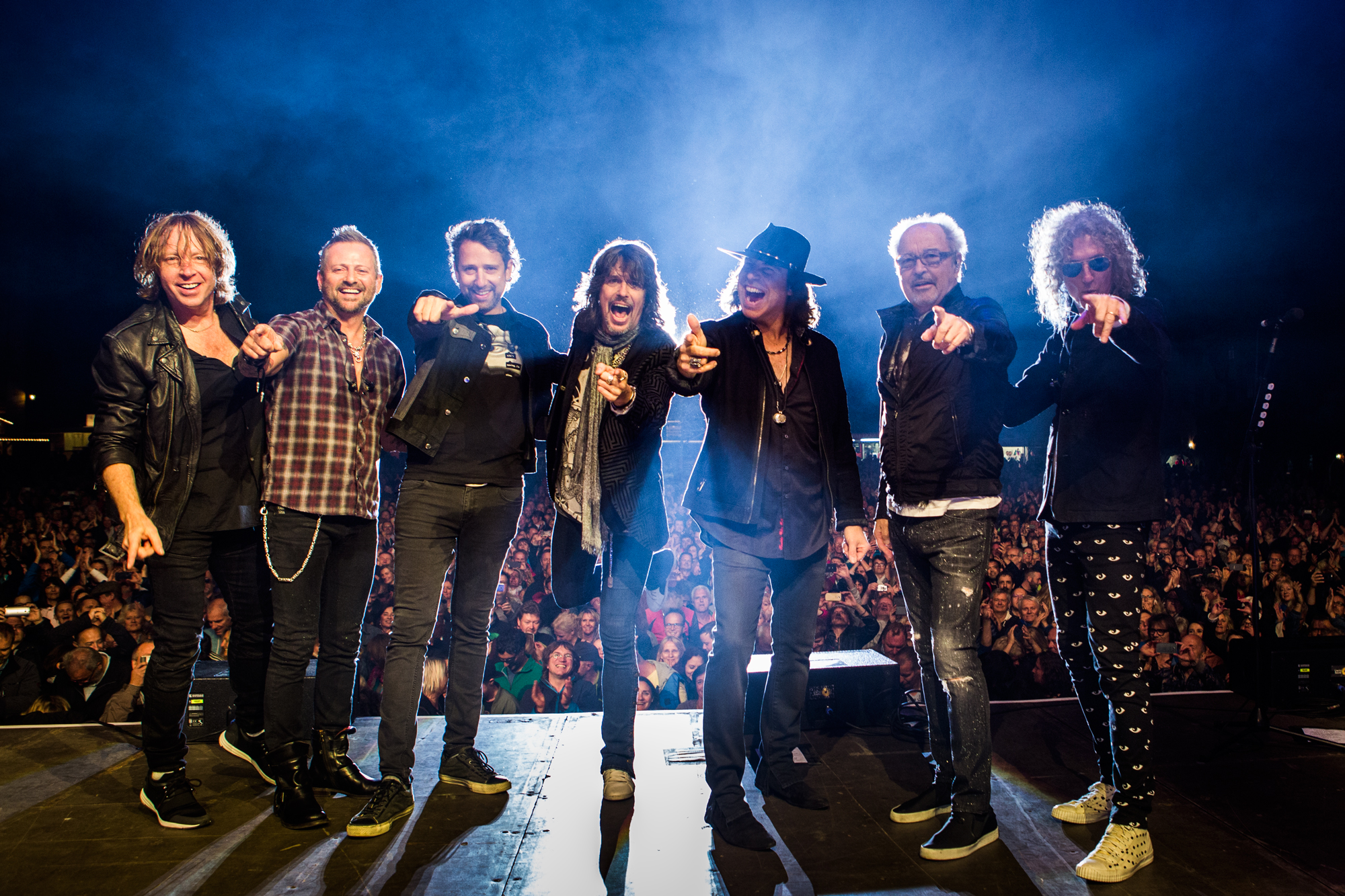 Several multi-platinum albums, over 80 million albums sold, hits on top charts, world-famous songs like I Want To Know What Love Is, Juke Box Hero, Waiting For A Girl Like You and many more. Foreigner arrives in the Czech Republic for the first time.

Foreigner was founded in 1976 in New York, and over the next two years released the highly successful album Foreigner and Double Vision. The soul of the band is its founder Mick Jones, whose recognizable handwriting and unforgettable guitar playing returned the band to the concert stage after a pause in 2002. He brought Kelly Hansen, a seasoned and acclaimed vocalist. The current lineup is completed by multi-instrumentalist Tom Gimbel, bassist Jeff Pilson, keyboardist Michael Bluestein, guitarist Bruce Watson, and drummer Chris Frazier.

With new energy, Foreigner attacked the sales charts with the release of Extended Versions and Can't Slow Down. In 2013, Jones was introduced into the Songwriters Hall of Fame. No wonder. He has participated in songs such as Bad Love by Eric Clapton or Ozzy Osbourne‘s Dreamer, produced a record of Billy Joel or Van Halen, was nominated for both Grammy and Golden Globe awards.

The band has been performing intensively in recent years, celebrating its 40th anniversary two years ago, releasing special editions of its recordings, performing with a symphony orchestra across the world from the Royal Albert Hall to the Sydney Opera House. Foreigner music can be heard in the Canadian musical called Juke Box Hero, as well as in the series hits Stranger Things, Orange Is The New Black and the popular game Angry Birds. The current release is The Greatest Hits of Foreigner Live In Concert, the proceeds of which Foreigner donated to charity.